In a report published today, the Science and Technology Committee concludes that the NHS should cease funding homeopathy. It also concludes that the Medicines and Healthcare products Regulatory Agency (MHRA) should not allow homeopathic product labels to make medical claims without evidence of efficacy. As they are not medicines, homeopathic products should no longer be licensed by the MHRA.

The Committee carried out an evidence check to test if the Government’s policies on homeopathy were based on sound evidence. The Committee found a mismatch between the evidence and policy. While the Government acknowledges there is no evidence that homeopathy works beyond the placebo effect (where a patient gets better because of their belief in the treatment), it does not intend to change or review its policies on NHS funding of homeopathy.

The Committee concurred with the Government that the evidence base shows that homeopathy is not efficacious (that is, it does not work beyond the placebo effect) and that explanations for why homeopathy would work are scientifically implausible.

The Committee concluded—given that the existing scientific literature showed no good evidence of efficacy—that further clinical trials of homeopathy could not be justified.

In the Committee’s view, homeopathy is a placebo treatment and the Government should have a policy on prescribing placebos. The Government is reluctant to address the appropriateness and ethics of prescribing placebos to patients, which usually relies on some degree of patient deception. Prescribing of placebos is not consistent with informed patient choice—which the Government claims is very important—as it means patients do not have all the information needed to make choice meaningful.

Beyond ethical issues and the integrity of the doctor-patient relationship, prescribing pure placebos is bad medicine. Their effect is unreliable and unpredictable and cannot form the sole basis of any treatment on the NHS.

The report also examines the MHRA licensing regime for homeopathic products. The Committee is particularly concerned over the introduction of the National Rules Scheme (NRS) in 2006, as it allows medical indications on the basis of study reports, literature and homeopathic provings and not on the basis of randomised controlled trials (RCTs) – the normal requirement for medicines that make medical claims. 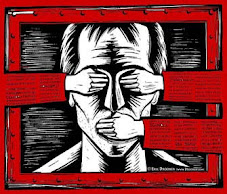